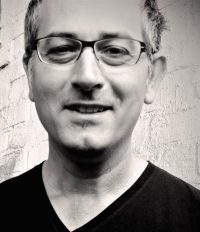 CEO, Producer, Director
Born in Italy, Gianluca Vallero has been living and working in Berlin as a director, voice actor und voiceover artist for TV and film productions since 1993.
In 2003 he worked on the international film production "Le chiavi di casa" as assistant director to Italian director Gianni Amelio. He has published articles on Germany's political and cultural life in various Italian-language daily newspapers such as "Il Manifesto", "Il Secolo XIX" and "Il Giornale del Popolo". He has authored short articles as well as longer features on cultural and social topics for DeutschlandRadio, Deutschland Funk, WDR, RBB and other German public service broadcasters. Gianluca Vallero has produced seven short films and one feature-length documentary film. His new feature film is currently in production. 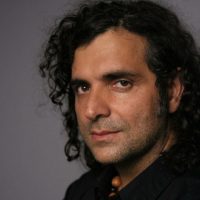 Producer, DOP
Francisco Domínguez was born in Tucumán, Argentina, in April, 1972. He received his diploma as Art Teacher from the "Faculty of Arts" at the University of Tucumán and then worked in a local television station. From 1996 to 2003, he studied Cinematography at the Berlin Academy of Cinema and Television (dffb). He studied under renowned Directors of Photography such as Slavomir Idziak, Jost Vacano, Ciro Cappellari and Michael Ballhaus. Michael Ballhaus invited him to do an apprenticeship in the Camera Department for the film "Gangs of New York", directed by Martin Scorsese.  Since 2003 as DOP, he has worked on several video clips, advertising campaigns, documentaries and feature films. For Francisco, light is an important artistic instrument to create an atmosphere that supports both a poetic and a dramatic story.